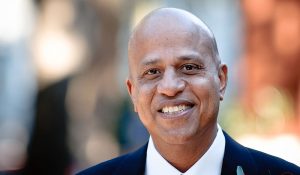 The Rt. Hon. Dean O. Barrow was sworn in as the Prime Minister of Belize on 8 February 2008. He now carries the title of ‘Right Honorable’, as Her Majesty Queen Elizabeth II appointed Dean Barrow as a Member of the Privy Council.